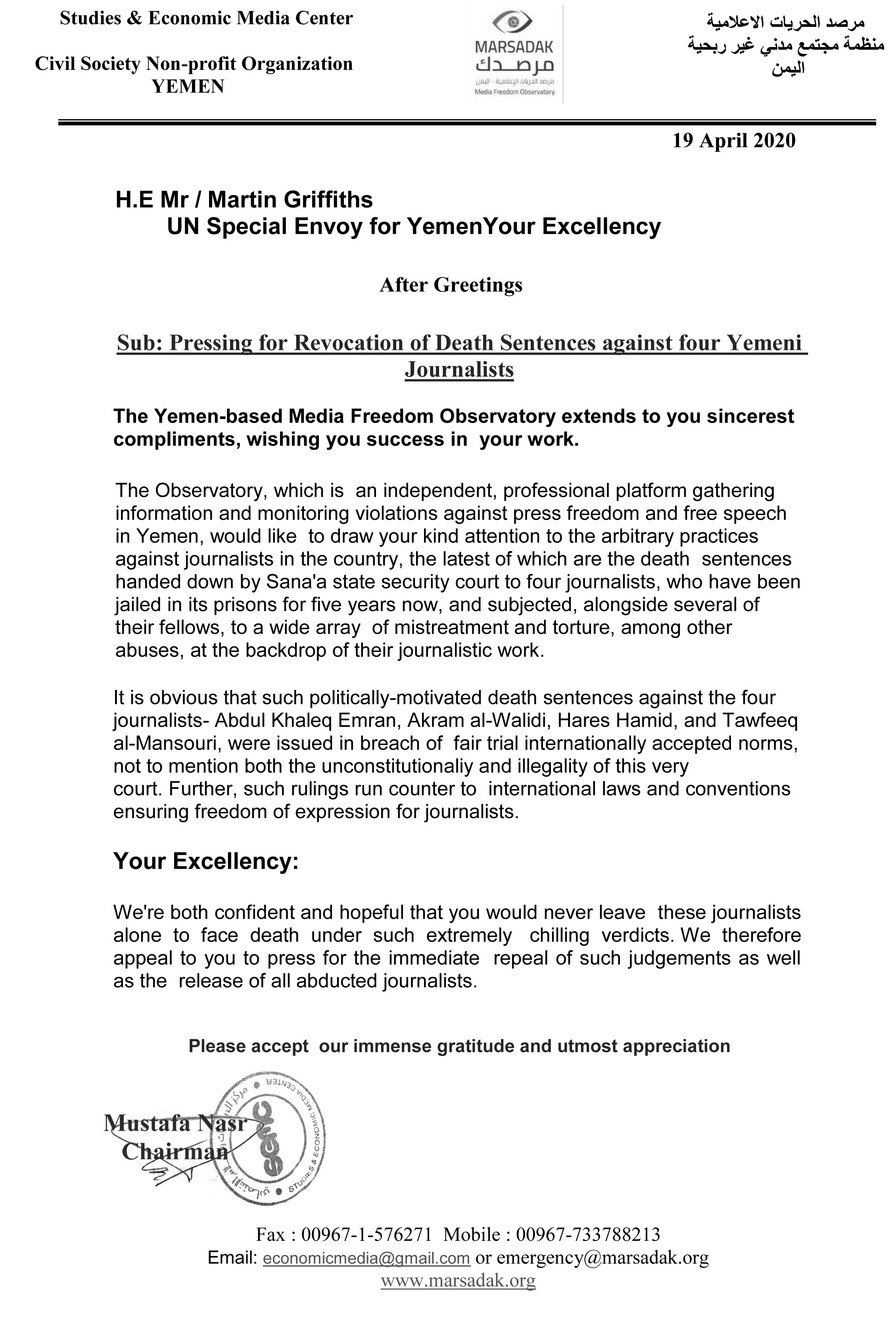 The Yemen-based Media Freedom Observatory has demanded Martin Griffiths, the UN Special Envoy for Yemen, to ratchet up the pressure on Houthi judicial authorities in Sana'a to overturn the death sentences against four Yemeni journalists and to free all newsmen languishing in their jails.In a letter to Griffiths, the Observatory underscored thatsuch politically-motivated death sentences against the four journalists- Abdul Khaleq Emran, Akram al-Walidi, Hares Hamid, and Tawfeeq al-Mansouri, were " in contravention of fair trial internationally accepted norms, not to mention both the unconstitutionaliy and illegality of this very court".On April 11, the State Security Court sentenced all four to death because of their job, and convicted a further ten newsmen of the charges directed against them. These are Abdul Khaleq Amran, Tawfiq Al-Mansuri, Haitham Al-Shihab, Hisham Tarmum, Hisham Al-Yusufi, Hassan Anab, and Hareth Hamid.In June 2015, the Houthi group abducted nine journalists from their workplace at one Sana'a hotel, and a tenth in August of the same year. 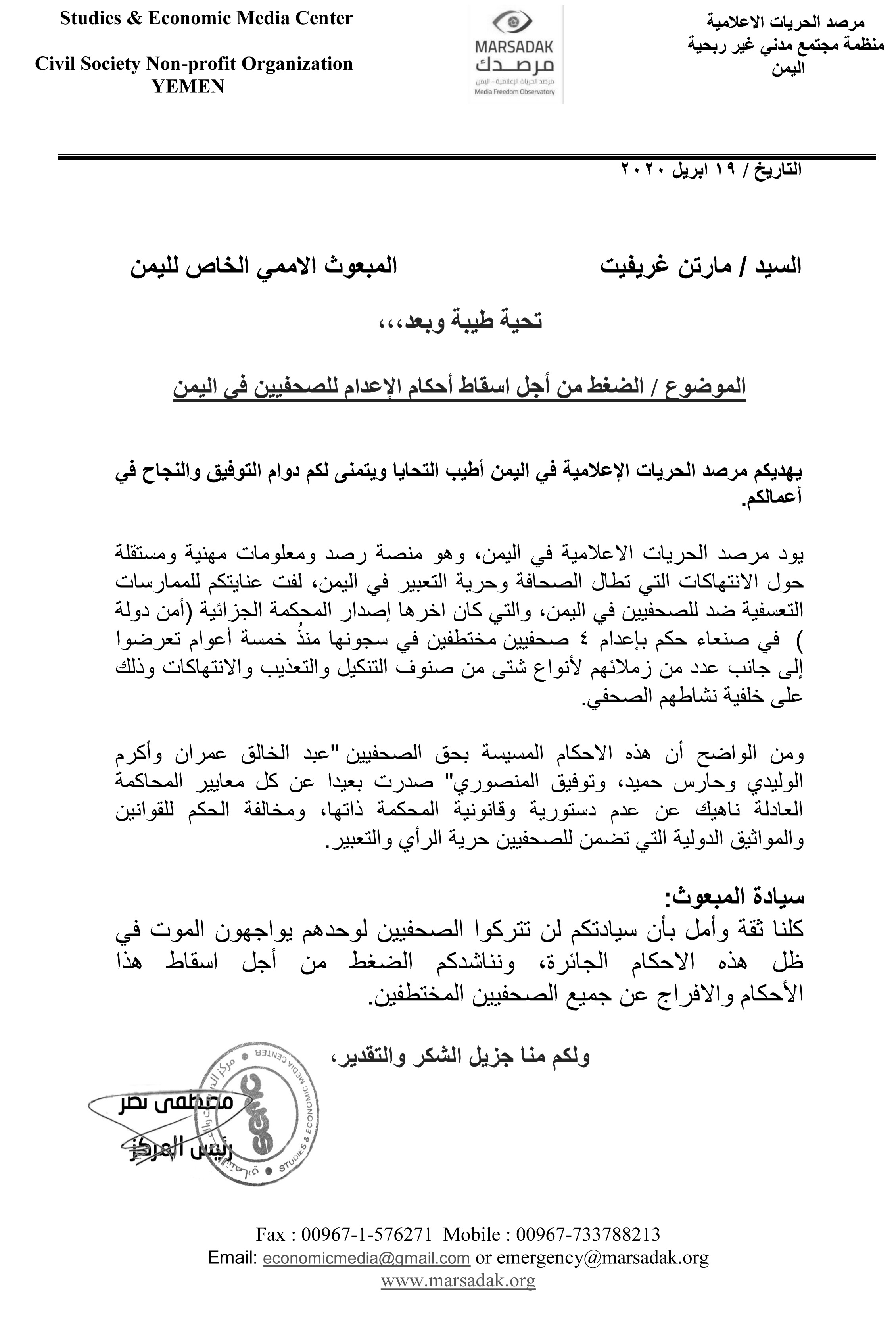